05 May Coronavirus around the world: Africa

Posted at 12:39h in Biotecnología by Solmeglas Lab 0 Comments

I think Richards and de Waal were onto something when they highlighted the usefulness of thinking of this not just as a single global pandemic, but rather as a simultaneous outbreak of local epidemics. Currently the 54 countries in Africa, all of which have different realities, are at different stages of the coronavirus outbreak. 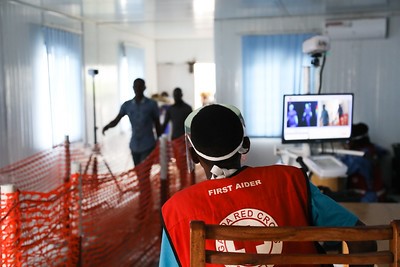 Even before cases of the novel coronavirus were confirmed in their countries, passengers’ temperatures were taken, and their contact information collected in many African airports. This was done in case travellers needed to be traced in relation to an infectious disease outbreak.

Many African countries have experience handling epidemics. In an article from the World Bank, the organisation’s Vice-President for Africa was even quoted as saying that “Africa learned ‘what it takes’ the hard way during the Ebola crisis”. He further remarked that as COVID-19 evolves, existing instruments and expertise are being used to respond to countries’ needs. Experience from AIDS and Ebola enabled a laboratory in Senegal to develop a $1 COVID-19 testing kit, according to Aljazeera.

Lockdown? Not in every African country…

Some African governments imposed curfews and travel restrictions when only “a few dozen” cases had been confirmed, according to a New York Times article. The BBC even reported that Comoros imposed a nightly curfew, before they recorded any coronavirus cases. Not every country has adopted lockdown as a strategy to combat the spread of the virus. Across the continent there are a range of measures in place, from social distancing and curfews to partial lockdowns and full lockdowns.

Take 3 countries in East Africa for example. At the end of April, Uganda was under total lockdown, Kenya was under partial lockdown and Tanzania was not under lockdown at all. The absence of a lockdown does not necessarily mean that there are no measures in place. Schools and universities were shut in Tanzania. However, markets, public transport and shops continue to carry on as usual, according to Uganda’s Daily Monitor. Kenya’s Daily Nation states that as of May 4th 2020, Kenya has 490 confirmed cases with 24 deaths, Uganda has 97 confirmed cases with no deaths, and Tanzania has 480 confirmed cases with 16 deaths.

How are governments helping?

A large proportion of Africa’s population works in informal sectors so strict measures negatively impact the ability of said sub-population to meet their daily requirements. This fact has pushed different governments to distribute care packages to vulnerable citizens.

The distribution of food and other necessities is something that recently came into the spotlight when a Kenyan governor came under fire for including Hennessy in coronavirus care packages, dubbing the beverage “throat sanitiser” despite the World Health Organisation clearly communicating that alcohol does not protect against the virus. The lockdown in South Africa even saw gangs in Manenberg – a township in Cape Town – call a truce and come together to distribute food and other products, according to Independent Online.

So, in parts of Nigeria, Uganda, Rwanda and South Africa, among other countries, governments are distributing free food. New Vision points out the sad reality: they are only able to reach a fraction of those in need.

Regardless, it doesn’t just stop at food. Kenya has lowered taxes, and the government of Senegal is paying electricity bills, according to Ugandan newspaper New Vision. Ghana even announced free electricity, water and a tax holiday, according to the BBC. The sustainability of these measures has, however, been called into question.

Is the end of lockdown in sight for some African countries? 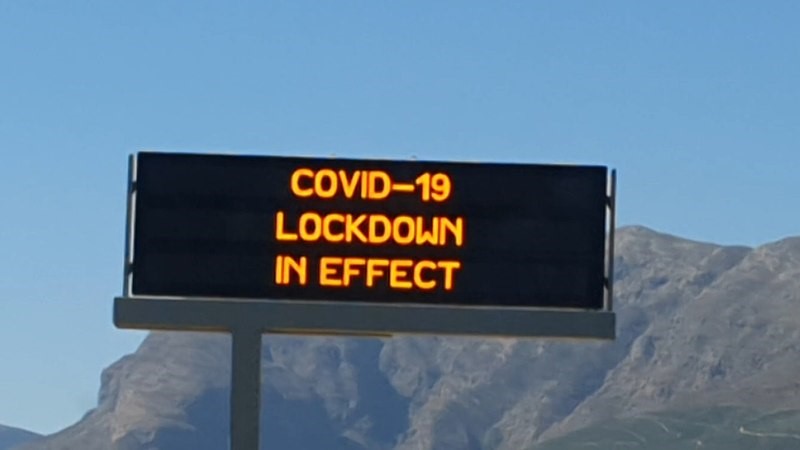 Hard to say, but some countries are easing restrictions! Ghana recently saw the lifting of a 3 week lockdown in two of its cities, with Ghana’s president citing improved coronavirus testing and the severe impact the restrictions had on the poor and vulnerable, according to CNN. Although non-essential businesses have been allowed to re-open, bans on public gatherings remain in place and schools will remain closed. As of May 5th, the country of approximately 31 million people had confirmed 2719 cases having tested 129461 samples, according to the Africa Centres for Disease Control and Prevention.

South Africa, whose nationwide lockdown began in late March, began easing restrictions on May 1st. South Africa’s president stated that although a nationwide lockdown is probably the most effective way of containing the spread of coronavirus, it can’t be sustained indefinitely. He also mentioned that South Africa and other African countries are placing mass screening and testing at the centre of the next response phase, in his statement which appears in Daily Maverick.

As during the lockdown, public gatherings are still banned, travel between South Africa’s provinces is still prohibited, and the country’s borders remain closed. As of 4th May, South Africa (whose population is around 60 million people) had conducted 257541 tests and identified 7220 positive cases, according to communication from their Department of Health.

Under South Africa’s lockdown jogging, dog-walking, and the sale of alcohol and cigarettes were not allowed. With the easing of restrictions, outdoor exercise will be permitted under strict conditions, cigarette sale will again be allowed, and public transport will be allowed to continue – but with passengers wearing masks. Some businesses and schools will reopen under strict conditions, according to a recent BBC article.

Countries with thousands of ventilators have stated that they still don’t have enough, which is enough to make one wonder how lesser equipped countries will fare.

In an article from early April, the World Health Organisation Regional Office for Africa stated that 41 African countries that report to the organisation had less than 2000 functional ventilators in public health services. Differences between economy sizes and the strength of health infrastructure mean that different countries are in different positions when it comes to medical equipment.

Quartz Africa reports South Africa has around 6000 ventilators, 2000 of which are in the country’s public hospitals. One New York Times article draws contrast between South Africa and Burkina Faso, the latter of which had 11 ventilators for 20 million people at their last count. That same article stated that 10 countries in Africa had no ventilators at all.

Some African countries are seeking to purchase more ventilators, and some are also looking into producing their own.

According to Quartz Africa, the South African government has set up a project aiming to locally produce at least 10000 ventilators by the end of June. In Uganda, a local car maker is collaborating with a local university to produce a low-cost ventilator according to an article in The East African. Engineers in Senegal have reported success in producing ventilators that cost just $60 each using 3D printers, according to the Zambian Observer. To put that in context, the article states that one imported ventilator would cost them $16000.

As of 5th May 2020, the Africa Centres for Disease Control and Prevention reports 47118 confirmed COVID-19 cases across the continent with only 1 of the 54 countries – Lesotho – stating they are virus free.

47000 cases in a population of over 1.3 billion people, distributed between 53 countries, is comparatively low. But, many countries in Africa continue to take the fight against coronavirus very seriously. The fear of an increase in cases means that countries are rallying together to fight the virus.

African Union member states, African Union agencies and multilateral organisations are mounting a response against coronavirus covering surveillance, prevention, diagnosis, treatment and control, according to a Time article by South African President and African Union Chairperson Cyril Ramaphosa. This is just one example, there are more collaborative responses taking place!

For more articles, head to our blog!